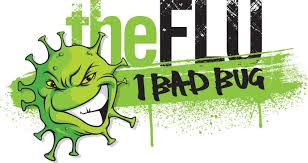 The flu is a respiratory infection of viral origin that, due to its ease of transmission, causes seasonal epidemics and even pandemics. Therefore, it constitutes an important health problem in our society, with labor and economic repercussions. Next, we describe the main characteristics of this disease, as well as the existing preventive and palliative measures.

The most common signs and symptoms of the flu include fever, chills, dry cough, sore throat, congestion and runny nose, muscle and joint pain, headache, and asthenia. Many of them coincide with those of a common cold, but unlike this, in the flu they usually appear suddenly and with a greater intensity.

The infection usually lasts between one and two weeks, but some people may develop complications that require health care. Moderate complications that the flu can cause are ear or sinus infections, but serious complications such as pneumonia, myocarditis, encephalitis, multiorgan failure, or sepsis can also occur. In addition, the flu can aggravate other chronic diseases suffered by the patient, such as asthma or cardiovascular disease. In this way, the flu is usually mild when it affects healthy and young people, but it can be serious and even fatal when it affects the most vulnerable individuals (newborns, elderly, immune  compromised patients, or patients with lung conditions and / or severe heart disease).

The flu virus is easily transmitted through the droplets that an infected person ejects through coughs or sneezes, and then inspires nearby people. Contagion also occurs through contaminated hands. For this reason, it is important to adopt a series of protective measures to prevent the spread of the virus, such as washing your hands frequently, covering your mouth and nose with tissues when coughing or sneezing, using disposable tissues, avoiding touching your eyes, nose and mouth, avoid contact with other people in case of flu symptoms, or avoid contact with sick people.
Even so, the most effective measure to prevent the flu and its complications is vaccination. Due to the high mutation capacity of the influenza virus, the World Health Organization proposes the composition of the new vaccine every year, which is why it is recommended that vaccination be annual. The flu vaccine is primarily intended to protect the population groups at greater risk of complications, and those who care for them or live with them. Thus, the flu vaccine is recommended for people over 65, pregnant women, patients with chronic diseases, health professionals, and people who care for or live with elderly or high-risk patients.

Currently, there are antiviral drugs that can shorten the duration of the flu if administered in the first few days after the onset of symptoms. In Spain, those currently authorized and marketed are amantadine, zanamivir and oseltamivir. Due to the importance of its adverse effects, they should always be prescribed by a doctor.
However, in most cases, patients resort to medications intended to relieve the symptoms of the flu that do not require a prescription, and are usually the same as those used to alleviate cold symptoms. Among the most commonly used are the so-called anti-flu, which in their composition usually include: an analgesic and anti-thermal (paracetamol, acetylsalicylic acid, or ibuprofen) to relieve muscle and joint pain, and to reduce fever; an antihistamine (chlorphenamine) to reduce nasal secretion, sneezing and tearing; and a decongestant (phenylephrine, pseudoephedrine) to mitigate nasal congestion. Some also contain an antitussive (dextromethorphan) to curb dry cough, or caffeine to counteract the sleepiness caused by the antihistamine. Similarly, oropharyngeal medications do not require a prescription, and are a good option to soothe a sore throat. They usually contain an antiseptic (chlorhexidine, amylmetacresol, dichlorobenzyl alcohol) and a local anesthetic (benzocaine, lidocaine). Other useful recommendations for the patient would be those washed with seawater solutions to relieve nasal congestion and, of course, an abundant intake of fluids and rest.